Throwback Thursday - Hey, look what I just did 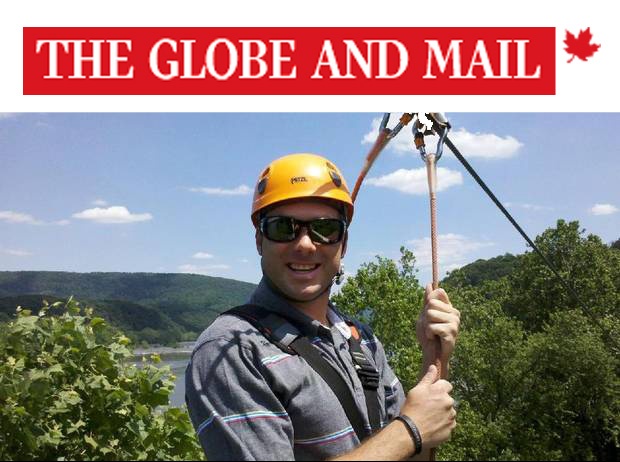 This Throwback Thursday post brings back an article from the Global and Mail in 2012. It's amazing to realize we have almost 10 years of designing photo marketing solutions for businesses around the world. With our new website we plan to share the knowledge and insights we've gained over that time so every experiential business can maximize the results from their photo marketing service.

‘Hey, look what I just did’: Zipline photos show the world

Published by the Globe & Mail

If a picture is worth a thousand words, entrepreneur Ryan O’Grady is responsible for a book’s worth of memories. He’s the owner of Fotaflo, a photo service company based just outside Delhi, Ont., created specifically for zipline and canopy tour companies. 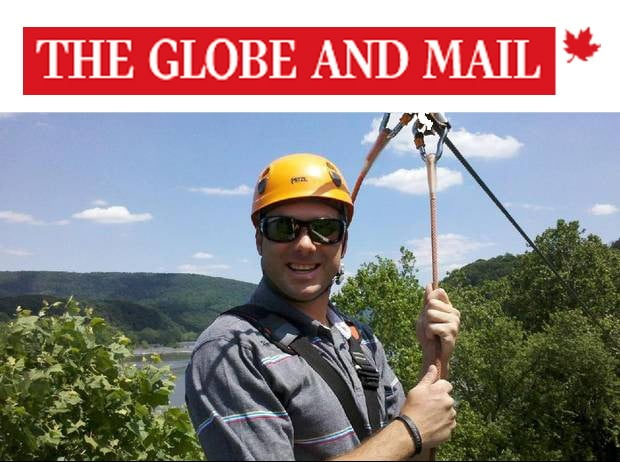 Ryan O’Grady is the owner of Fotaflo, a photo service company based just outside Delhi, Ont., created specifically for zip line and canopy tour companies.

Like the roller coaster camera that snaps a picture when riders take their first teeth-rattling plunge, Fotaflo allows tour operators to capture similar moments for thrill-seekers who have a penchant for flinging themselves between tall trees. As clients whiz down ziplines and cross suspension bridges, guides snap pictures with their cameras, which then send the digital images wirelessly to the company’s computer server for viewing later.

Then, for less than $20, participants can buy the images and post them online for the world to see via social media websites.

People don’t want the pictures just for memory’s sake, Mr. O’Grady says. “They want to be able to share them with people and say, ‘Hey, look at something I did that and really pushed my own boundaries.’”

Mr. O’Grady knows all about pushing himself to reach goals. Back in high school he had a dream to film extreme sports around the world. He realized it as a 25-year-old when he got a job on a television travel show filming motorsport adventures. It was exhilarating work, but once he discovered most tour operators didn’t have a nice, clean and safe system to take photos of daredevil clients, he hatched a new plan.

After coming back to Canada, he found out about a government grant that would pay $5,000 to business start-ups. He didn’t make the cut, but by then it didn’t matter. He had a business plan and a possible client, not far from his home in Norfolk County. Long Point Eco-Adventures signed up for the service three years ago and has been using it ever since.

Today, Mr. O’Grady spends weeks driving around the United States chatting up prospective clients. Seven zipline and canopy tour companies use Fotaflo in places such as North Carolina, West Virginia, Kentucky and Wisconsin. Mr. O’Grady visited all of them numerous times to sell his service and put staff through a three-day training course teaching them not only how to get the best shots, but where on the courses they should shoot and how to do it safely without holding up the group.

Mike Goril, general manager at Lake Geneva Canopy Tours in Wisconsin, about one-and-a-half hours north of Chicago, is a big believer in Fotaflo. Over the years, the zipline enthusiast has tried more than 15 courses but has few pictures to show for it, despite the fact that he often brought a camera along for the day.

“When you’re the person with the camera, you’re often the one taking photos. So I have nothing of me,” he admits.

With Fotaflo, however, client groups at Lake Geneva walk away with 20 to 30 digital pictures (a digital file is e-mailed to them). Most people buy in, too, with well over half purchasing photos of themselves walking across elevated platforms or ziplining from tree to tree high above the forest floor. Even if they don’t pay for photos, Mr. Goril says his business still wins since it has thousands of photos it can upload onto its website. Clients then visit the site to see themselves or tell their friends to check it out.

“It’s not about drawing every dollar that we can out of guests’ pockets. It’s about what they’re ultimately going to do with those photos."

“It’s not about drawing every dollar that we can out of guests’ pockets. It’s about what they’re ultimately going to do with those photos. We see the value in the referrals and the revenue from them that will exceed anything the client would earn through picture sales,” says Mr. O’Grady.

The revenue from those sales, however, makes it worth Mr. O’Grady’s while to drive to where the tour operators are, since his company and his client split the cash. Even the photo-snapping tour guides get a small cut as an incentive.

Still, the miles logged on the road can be gruelling. Most zipline courses are hundreds of kilometres away from each other. Yet in some respects, that’s not a bad thing. With so much space between them, the industry is less competitive than most, and word of mouth has helped Mr. O’Grady through the door of prospective clients more than once.

The fact that he’s a Canadian working from small-town Ontario doesn’t seem to be a factor either, he says.

“It’s a global economy. It’s about, ‘What’s your product and what can you deliver?’ Where I’m from is low on their list of priorities,” he says.

Now in his third full season since launching the business, Mr. O’Grady’s own to-do list involves landing more clients and updating his software. He just came back from meeting a possible client in Hilton Head Island, S.C., and will be off again soon to talk to a few more. Ultimately, the 31-year-old is confident that Fotaflo will keep growing as word spreads.

“If you know what you want to do and push toward it, it’s amazing what happens,” he says.

Chad is responsible for leading the operations and technology of our business to enable our exciting plans for growth. He brings 20 years of experience in large scale technology innovation, development, deployment and management. He has worked at all levels of business and technology from start-ups to global enterprises including internationally. Chad is passionate about new experiences and is ready to do anything involving outdoor adventure, travel, and food!

Connect with Chad Ingles:
Return to Blog
Share this page

Do you struggle with trying to figure out the right way to market your business with photos?

Do you want to receive helpful articles and tips to maximize the value of the incredible photos you capture at your business?

Sign up to our newsletter and we'll send you valuable advice on how to run the best photo marketing service.